The first two photos from the set of "Fast & Furious 7" got leaked this week and they have caused quite the uproar.

I think Vin Diesel seems to really love his fans. He always talks, leaks little hints and tweaks. The last of the two photos I have to share tonight he posted on his Facebook page. I won't say much, because if anybody hasn't seen "Fast & Furious 6" then I won't give anything away. But I will say that the post-credit scene from "Fast & Furious 6" are setting this seventh film to be a little on the sad side. These photos are definitely on the sad side. 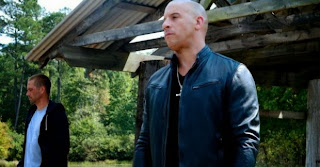 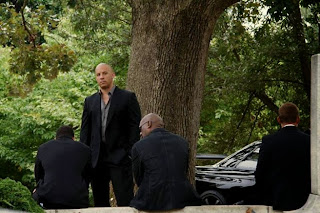 There is a very somber mood and I think this film will. I think there is still lots of magic left in this franchise and I hope that magic shines!


Posted by Shawn Hoelscher at 9:53 PM