Ten Movie Ideas that Never Happened
I apologize for a busy weekend. And right now, all I am trying to do is catch up.

All throughout the history of Hollywood, there have been ideas for movies. Millions upon millions up millions of ideas. Many ideas take flight, maybe they bomb, maybe they succeed, maybe they become the next big franchise, no matter what, those films are lucky because they got off their feet and joined the race. Other ideas, are not so lucky. Some ideas get put back on the shelf, some ideas get taken by different people and changed completely, some ideas get completely abandoned. These ideas sound cool, others sound horrific, but one thing is certain, they never got the chance to be anything.

This week's list is not in any particular order, not best to worst or anything like that. This is merely an interest piece, highlighting some ideas that made me raise an eyebrow over the years, for better or for worse. I hope this list will make you laugh or at least smirk in what could have been. There are some great ideas in this list, and just as many loathing ones. 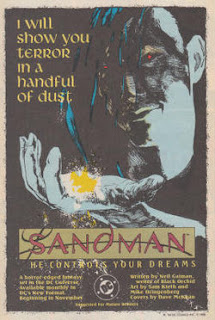 For those of you unaware, The Sandman was a story written by Nei Gaiman, arguably one of the best comic writers to breathe air. It revolved around Morpheus, lord of Dream, and his many adventures. Gaiman's masterpiece was unique because it wasn't a conventional comic book, no huge fights, no witty dialouge, it was something completely different. Once Avery got his hands on it in the late 1990's he turned it into a huge action movie revolving around Y2K, which became a stupid cliche. The film could have halted comic book adaptations all together, which is why I am glad it never saw the light of day. I hope someday we will get a great Sandman movie, because it is truly a great story. 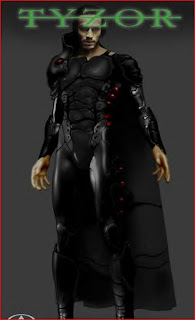 Many different filmmakers in the early 2000's circled around bringing the Man of Steel back to the silverscreen before Bryan Singer did in 2006. Abram's idea for a Superman trilogy could have been an even bigger dud compared to Singer's final treatment. How much of a dud you ask? Well, imagine a film where Krypton doesn't explode, Superman leaves Earth to fulfill a prophecy on his homeworld, Lex Luther is revealed to be a Kryptonian, and Superman dies in the middle of the movie even though Abrams said in many an interview that he was planning a trilogy. It is easily noted how bad the script stank (I have it handy if you don't believe any of the above.) So I am pleased this idea never happened, and I guess Abram's is capable of making crap...oops for got M-I:III!

8. "I Am Legend" starring Arnold Schwarzenegger 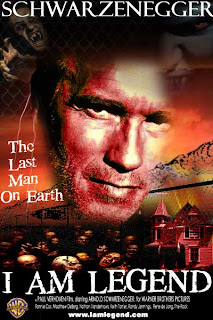 In the late 1990's, Warner Bros. studios decided to remake Richard Matheson's "I Am Legend" for a third time. In the 1997 script, which Arnold Schwarzenegger was attached, the film is much more an action vehicle. I have the script saved on my computer, and it is definitely an interesting script. Lots of action, lots more information on the plague that turned everyone into vampires, and you can see little things that made itself into the 2007 Will Smith film. But between this script and the Will Smith finale, both ideas failed to capture the true essence of Matheson's wonderful book, and that essence has yet to be filmed. 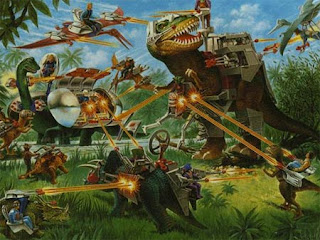 You may laugh at the picture above, but this is a pretty accurate portrayal of what we would have been in for. The first idea for a fourth JP film didn't revolve around Sam Neill or Jeff Goldblum, but a mercenary from no previous film. He would be hired by a mysterious corporation which would pay him to train five genetically modified dinosaurs in the arts of war. The team would then go around, saving kidnapped children and killing drug dealers. Yes ladies and gentlemen, the first idea for JP4 was going to feature dinosaurs with machine guns! I wish the movie would have been made, for better or for worse it would have been memorable. It could have been crazy for the right or wrong reasons, but God I'd kill to see it happen! Here is some concept art below on some early ideas of what the dino-mercenaries would look like: 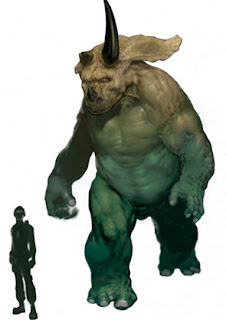 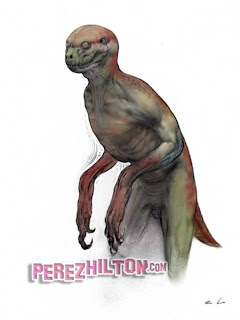 Imagine a "Batman Forever" directed by Tim Burton. Imagine Billy Dee Williams, who played Harvey Dent in the 1989 movie, coming back as Two-Face. Imagine Rene Russo as Dr. Chase Meridian, Robin Williams as The Riddler, Michelle Pfeiffer returning as Catwoman and Marlon Wayans as Robin (yes Marlon Wayans as Robin.) and that was Burton's Batman 3. Robin Williams turned down the role (surprisingly), and Warner Bros. turned down Burton's third film because they found his vision too dark. I really wonder how many good Batman movies Burton had in him and it saddens me that we'll never find out. 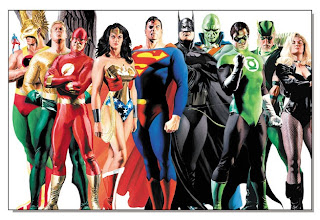 Justice League has been trying to get off its feet since 2007. The film got pretty far in pre production before getting the boot from the studio. The film featured a nearly complete unknown cast, which included Armie Hammer as Batman, Adam Brody as The Flash and Common as Green Lantern. No matter what could have happened, it would have been really interesting. 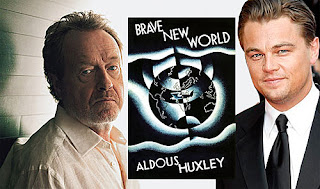 Director Ridley Scott has given us such gems like "Gladiator," "Alien," "American Gangster," "Black Hawk Down," "Prometheus," and "Body of Lies." It would have been fun and ambitious as hell to see what he would have done with Brave New World, as I believe it could have been a pretty faithful, awesome take on the classic novel. Especially with Leonardo DiCaprio headlining the film. I wonder if a adaptation will ever happen on this one. 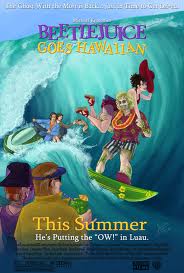 Hmmm...yeah. As much as I liked the first "Beatlejuice" film, I am not sure if there is an alternate universe known to man that could deliver a good idea out of this pitch. But believe it or not, this idea was talked about and thought about at a time. I know what your thinking...hard to believe.

2. Indiana Jones and The Monkey King 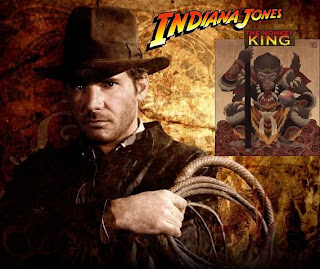 The script is out there on the internet somewhere if this one is hard to believe. Indiana Jones discovering a kingdom made up entirely out of intelligent gorilla people was discussed. Silly? Yes! But could this idea be any less terrible compared to what we really got with Indiana Jones 4? 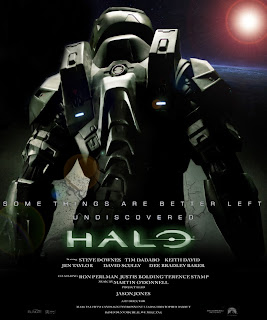 A Halo movie has been discussed for what seems like centuries now. But it is not hard to believe that at one point, it nearly got made. To be directed by Neil Blomkamp, I remember also reading that Denzel Washington was talked about for the role of Master Chief. But the idea caved, Neil got mad, and in that anger he made "District 9." I think if you watch "District 9" as well as the trailers for Blomkamp's upcoming "Elysium," I think its fair to say he was the right man for the job. I hope Paramount Pictures realizes what they did, and they invite Blomkamp back and make the first best video game adapted movie.

What are some ideas you wanted to see happen but didn't?

Posted by Shawn Hoelscher at 6:56 PM