Weekly Top Ten- What I Want To See In Independence Day 2!

What I Want To See in Independence Day 2 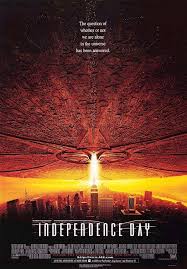 This week, I reported on how a sequel to Independence Day is something that is actually going to happen. And I cannot be happier. The first film has stuck with me my whole life and it is so surreal that we finally are getting a sequel. Especially because director Roland Emmerich and producer Dean Devlin have been talking about a sequel for what seems like forever. I am happy that this thing is finally getting started. As a long time ID4 fan, I have fantasized about a sequel. I wondered what it would be like and how it would look. I created a list of things I hope to see in the upcoming sequel. Or sequels, as Emmerich has said that he may create two sequels to make a trilogy. 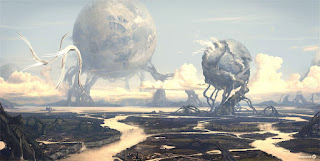 One of the things Emmerich and Devlin have discussed when talking about sequels to ID4 was the change on Earth. The duo has expressed that Earth would look different due to experimenting with the leftover alien technology. I think that is a very cool idea. It would be very imaginative and would help the sequels not become carbon copies of the first film.

I think the aliens from ID4 are very scary and unique looking. But if Emmerich and Devlin expand this story and the universe they created, I think it would be cool to see more. I think it would be cool to visit other alien races. Did these aliens create an empire? Was that their goal when they came to Earth? Could the humans find new enemies or perhaps new allies? It's a cool concept and I hope it gets fleshed out.

I think it is possible to see brand new weapons the aliens bring with them to brawl with Earth again. Not just new ships and spacecrafts. But I think it would be cool to see weapons the aliens use for ground warfare. I remember the scene in the first film where one alien used telepathy to get into our heads! What if the aliens had weapons they controlled telepathically? The possibilities are endless, something that could be cool!

7. Jeff Goldblum returns
Let's face it. If something like an alien invasion really did happen, we would need our best minds to help in the effort. Goldblum's character in the first film creates a virus that shutdown the alien's shields so that we could bring the fight to them. It has been confirmed that Bill Pullman will return as President Whitmore and Emmerich says the cast for the sequel will feature half a returning cast and half newbies. I hope one of the returnees is Goldblum. With this and Jurassic Park 4 coming in 2015, it could be a juicy opportunity for Goldblum to return to the mainstream. 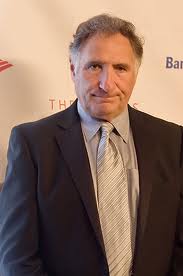 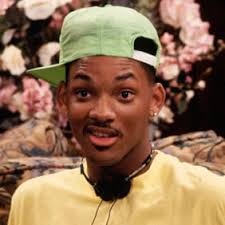 I know, I know. It has been confirmed that Will Smith will not be participating in the sequel. However, just in case something last minute happens. NO WILL SMITH! 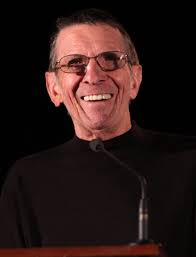 No doubt, the geekiest part of the first film was knowing that "Data" from Star Trek: The Next Generation played Dr. Okun. It was awesome that someone known from a popular sci/fi was in this movie. I think it would be awesome to get someone else from the Trek universe. Patrick Stewart? William Shatner? Leonard Nimoy? That'd be fun!

3. Adam Baldwin Returns
Adam Baldwin is one of those actors that should be more well known than he is. He has had quite the career so far and ID4 was one of his highlights. His character survived the first film and he obviously has a good relationship with Emmerich (Baldwin was in 2000's "The Patriot" directed by Emmerich). It'd be awesome if his character, Major Mitchell, became an affluent leader of the humans. 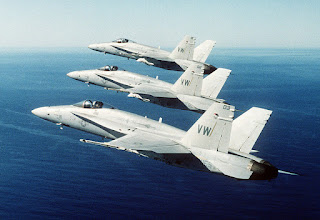 The F-18's were cool in the first film. But I don't want the sequel to be a rehash of "Transformers." With the ideas that Emmerich and Delvin are talking about for the sequel, I'd love to see human technology change. Modified military hardware with shields similar to the alien shields from the first film. That would be super cool and something to look forward to. 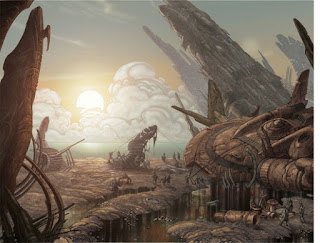 I don't know about you. But I am wildly curious to see where these aliens came from. What their home planet looks like. What the wildlife and urban structures are like. It would be a great opportunity to go crazy with special effects. Especially after the first film, I really want to see their home planet.

This is what I want to see in a sequel, how about you?

Posted by Shawn Hoelscher at 6:29 PM