Cast This!
This is another edition of Cast This! Where I look at casting rumors, both true and unconfirmed for movies of all types. Here's whats in the rumor mill as of this point...

The Rock in Terminator 5? 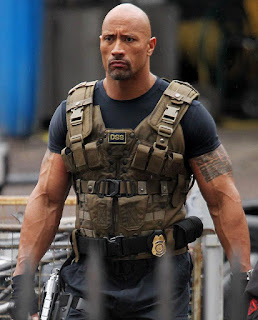 It was reported all over the internet last week that a Terminator 5 was happening and that Arnold Schwarzenegger is set to star. He reported that he would return as the Terminator. However, a conflicting report has said differently. A few days ago, it was reported that The Rock was rumored to join the film as the Terminator...to do battle against Schwarzenegger in the 1940's or 1950's? Yep, I had to check the calendar to make sure we weren't anywhere close to April 1st too. Read the description below:

"Incredibly, Schwarzenegger may not play of a machine in the next film, but a potentially heroic human figure in or close to the Connor family. One theory is that Schwarzenegger's remarkable ability to protect the Connor family in the 1940's or 1950's with antiquated weaponry by today's standards ultimately inspired the machines to develop a terminator in his likeness that was eventually sent to 1984 when Sarah Connor was first targeted for termination"

A big theory if it is true. I personally thought "Terminator: Salvation" was just okay. And I think the Terminator franchise just hasn't flowed the same way without James Cameron. This is a crazy theory, what do you think of it? I love The Rock and him doing battle with Schwarzenegger would be epic to see. We shall find out more as the story progresses. There is no release date for Terminator 5 at this time. 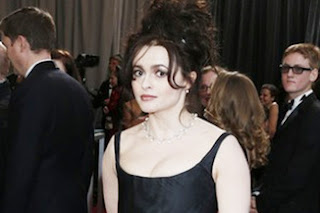 A couple months ago, I reported that the next big live-action Disney film based on an animated classic would be "Cinderella." It already has Lily James as Cinderella, Cate Blanchett as the Stepmother and Richard Madden as The Prince. Now we have a Fairy Godmother. Helena Bonham-Carter signed on for the role last week.

Bonham-Carter has been in several films including "Fight Club," "Sweeney Todd," "Alice In Wonderland," "Dark Shadows," "The Harry Potter Franchise," and the 2001 remake of "Planet of the Apes." This summer she will appear in "The Lone Ranger." I personally don't care for her as an actress, so my anticipation for this film has toned down a bit. But what do you guys think?

Shailene Woodley out of Amazing Spiderman Franchise...Sarah Gadon in? 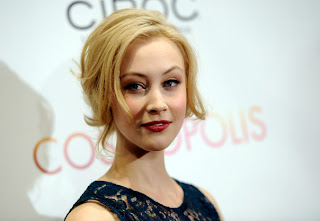 We learned last week that Marc Webb, director of "The Amazing Spiderman 2" has dropped Shailene Woodley's Mary Jane Watson from the sequel. He stated that he wanted to focus more on the relationship between Parker and Stacy. However, it is now being reported that Woodley may not return to the character at all.

Her replacement is in talks to be Sarah Gadon. I only know her from the movie "Cosmopolis" with Robert Pattinson. It was a movie I disliked so much that I have pretty much put it out of my memory completely. I don't remember Gadon's character really well, so I can't say if this is a good idea or not. I never cared for Woodley or her stupid teen mom sitcom, although Woodley did look the part a lot more than Gadon does. We shall see if it is true or not.

That's all the casting news I have for today, sound off in the comments section about what you think!

Posted by Shawn Hoelscher at 5:13 PM