All this week, there have been wildly interesting casting decisions being made for big movies. And I can't wait to see how they all play out. I wanted to highlight the various casting arrangements for this upcoming movies. Some of these are for sure casting decisions, others are mild rumors at this point. But lets talk about whats been going on casting wise this week. 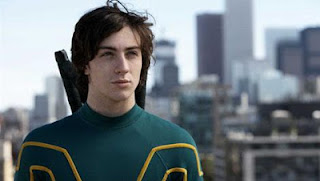 Aaron Taylor-Johnson who you may remember from "Kick-Ass" and "Savages" has been linked to playing Quicksilver in the upcoming "Avengers 2." in 2015. If you remember a few weeks back, I posted a piece about how the Fox-Marvel relations are heated at the moment. We will see a cameo of Luke Peters as Quicksilver in "X-Men: Days of Future Past." in 2014, and director Joss Whedon doesn't seem to be backing down about including Quicksilver in "Avengers 2" in 2015. Because of studio rights, in "X-Men" there can be no mention of the Avengers anywhere in the movie. In "Avengers 2" it cannot be metioned that Quicksilver is a mutant nor that he is the son of Magneto. Which will basically make him look like a redux of The Flash from DC. Good idea, bad idea? Who knows at this point. What I think is intriguing is how an actor as young as Taylor-Johnson (22) will match up with RDJ, Chris Evans and Sam Jackson, should the character be included?

Mel Gibson to be the villain in Expendables 3? 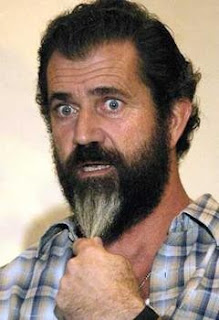 Yesterday, Our friends at Aintitcoolnews.com stated that they had a serious source which said that Mel Gibson could end up being the villain in the next Expendables sequel. Which seems like a very interesting choice. We have never really seen Mel Gibson bad before, but it looks like we will get our first taste in the upcoming "Machete Kills." Personally, I don't care about his past or what goes on in his personal life. If Lindsay Lohan and Britney Spears can still get work after everything they've done, why can't Mel? He's still a fantastic actor and he proved in 2011 with "The Beaver" and in last year's "Get The Gringo" that he's still got the goods. With the cast that Stallone is racking up for this third outing, I think Gibson would be great for the villain role.

Benicio Del Toro to join "Guardians of the Galaxy" 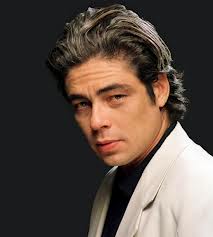 I think out of all the upcoming Marvel projects, "Guardians of the Galaxy" is the one I am most intriuged by. This cast has never been weirder, as it already includes Chris Pratt, Michael Rooker, Zoe Saldana, and Dave Bautista. I reported last weekend that Glenn Close was cast. And now it is confirmed that actor Benicio Del Toro has been cast in a major role in the film. The role is unknown at this point, but we do know that Del Toro has signed a multiple project contract with Marvel. Similar to the contracts Robert Downey Jr., Samuel L. Jackson and Chris Hemsworth all signed prior to the Avengers. So, with that said, who will Del Toro play? Will he be Thanos? Who knows. All I know is that casting-wise, this is the most interesting of all the Marvel projects and I honestly can't wait for a trailer! 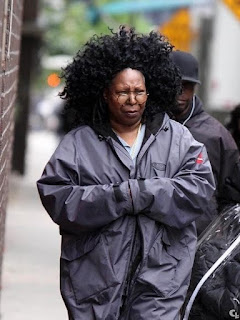 This story is slightly older than the others but just as interesting. It appears Whoopi Goldberg will appear in the upcoming reboot of Teenage Mutant Ninja Turtles. The picture above is actually her on set! She will play a character named Bernadette Thompson, the editor of the news station that April O'Neill works at.

It's interesting because Goldberg hasn't been in front of the camera in sometime, plus I can't really remember her ever being apart of a big, major, geeky, ensemble like this. Its too early to tell whether this is good or bad, but we will see. She joins Will Arnett, William Fichtner and Megan Fox.

This is all the casting news I have so far. I will definitely keep an eye out for how these stories develop!