Poster and images from "Man of Steel" character confirmation 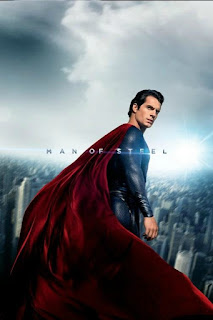 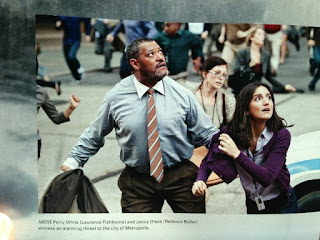 Above, you will see a new character poster for the upcoming "Man of Steel." Also included is an image from the movie. We see Laurence Fishburne who will play Perry White in the film. Perry White (in case you did not know) is the boss over at the Daily Planet, which is a fictional, major newspaper in the DC Universe. Next to him is Rebecca Buller playing a character named Jenny Olsen. In the comics there was a person named Jimmy Olsen who also worked at the Daily Planet. Many people believe that Jenny Olsen will replace Jimmy Olsen for the "Man of Steel" movie. I find no problem whatsoever changing genders for characters and it will be nice to see some diversity. "Man of Steel" opens this summer.

Angry Birds Movie?
Today, Sony studios won distribution rights to make an animated film based upon the highly popular video game Angry Birds. The game's creator Rovio Studios, will produce the movie. The film is going to be shot (not surpringly) in 3D. The original "Angry Birds" video game was released in 2009. It quickly became the number one most purchased app of all time. On all gaming platforms, the game has had over a billion downloads.

The film does not have a director, a writer or any actors attached to it yet. The film will be released on July 1st 2016.

Dawn of the Planet of the Apes production photo

I personally felt the "Rise..." was a great movie, probably the best prequel ever made. It was amazing how much heart and soul was put into a movie that went through the generic Hollywood system.

In the picture you can see Jason Clarke (Zero Dark Thirty, Lawless) looking up to a saddled-up Ceasar (Andy Serkis reprising his role.)

The film will pick up several years after the end of the first film. Most of humanity had died from the virus created in the first film and Ceasar has been creating a community of apes. A conflict arises when a group of human survivors discover Ceasar's group of apes...