Boy oh boy, do I have some stories for you today! 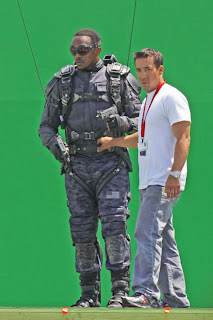 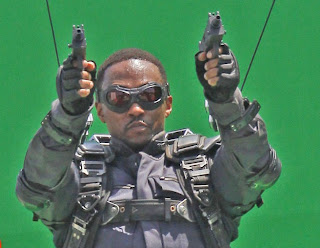 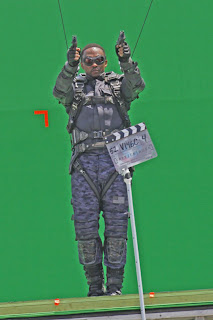 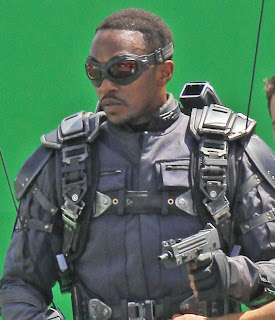 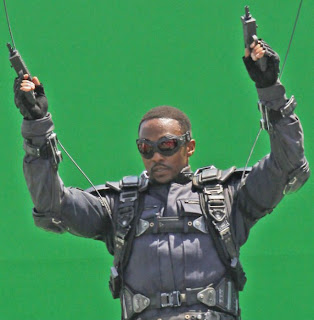 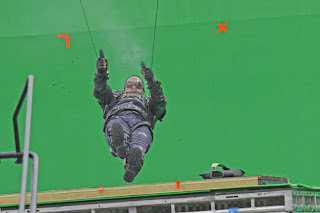 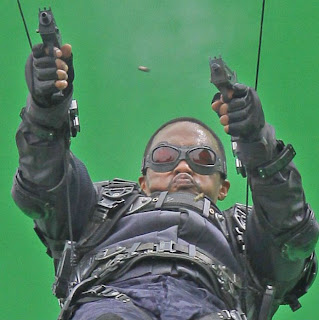 Not exactly the look I remember from the comics, but I am curious to see how they update the character.
Captain America: The Winter Soldier is slated for April 4th 2014.

LIVE- ACTION CINDERELLA?
If you remember back in 2010, we had a live action retelling of "Alice in Wonderland," later in the decade the Disney legend Sleeping Beauty will get a reboot called "Maleficent" with Angelina Jolie in the title character in 2014. Now it looks like another Disney princess fairy tale is getting the live action treatment.

"Cinderella" is slated for sometime in 2015, Cinderella will be played by Lily James, who is famous for her role in "Downton Abbey" (Apparently, Emma Watson was asked to play the role, but turned it down.). The great Cate Blanchett will play Cinderella's stepmother and the film will be directed by Kenneth Branagh, who directed Thor in 2011.

Even though I think it's silly Disney reboots all their classics to live action, the cast and crew involved is making me raise an eyebrow, we shall see how this progresses.

Grammar is an actor who can be both sophisticated and funny in equal measure. However, for a film like Transformers, will it even matter? (Particularly Michael Bay's Transformers?) One of the biggest problems with the trilogy is that Bay adds a lot of unnecessary crap instead fleshing out the robots. Plus his films are pretty much propaganda for updated American military technology. Why bring the rain when you have giant robots.

I am waiting for a trailer to see if my socks will get rocked off.
Transformers 4 will be released on June 27th, 2014

He told a press conference for "Star Trek Into Darkness" today that he feels confident that John Williams will compose the music for his Star Wars films. Which is good because Williams did the music for all 6 of Lucas' films. At least, we will love this music in the movies.

The video above are official samples of the music to be featured in the upcoming "Man of Steel"  film. The music is composed by Hans Zimmer who did the music for Christopher Nolan's Dark Knight trilogy as well as "Inception." There are a few tracks which seem a little similar to Nolan's batman music, however there are points where the music seems to take a life of its own. We will see how well the music matches the scenes this June.

Kick-Ass 2 still
One of my favorite films of 2010 was "Kick-Ass," I loved the movie and I loved the comic. I recently read the comic's sequel "Kick-Ass 2: Balls to the Wall" all I can say is that I am definitely curious to see how the adapt the comic to movie, I wonder what they take out and what they will keep in. The comic sequel is intensely  and in some cases depressingly violent. Yes, I know the first film was violent too, but it had a satirical, light-heart feel to it. With a different director, will that change?

All I know right now is that Jim Carrey is set to play Colonel Stars n Stripes, a new superhero who was inspired by Kick-Ass's antics from the first film. The Colonel was inspired so much that he created his own superhero team. 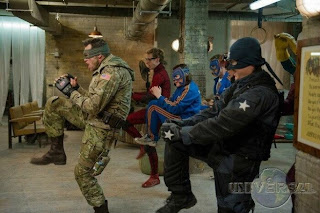 Looks like we will see some Superhero training in this sequel.

That's all the buzz I got right now, have a good night.

Posted by Shawn Hoelscher at 7:52 PM