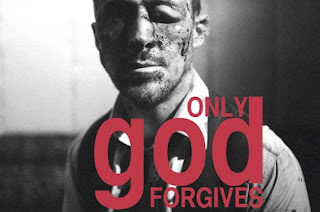 I don't know how many of you got around to seeing "Bronson" in 2009 with Tom Hardy or "Drive" in 2011 with Ryan Gosling, Carey Mulligan and Albert Brooks. Both films are incredibly superb! They are both written and directed by Danish filmmaker Nicolas Winding Refn. This is a man whom I believe will grow to have a stellar career.

His latest crime caper known as "Only God Forgives" will hit theaters sometime this summer. The trailers looks like Refn has another winner on his hands!

All I can say is WOW! Looks like some meaty roles for both Gosling and Kristen Scott Thomas (another great actress).

Here is the synopsis for the film from the film's wikipedia page:
According to a production synopsis, the film follows Julian, who runs a Thai boxing club as a front organization for his family's drug smuggling operation, as he is forced by his mother Jenna to find and kill the individual responsible for his brother's recent death.

Seems like a pretty simple story, but if you Refn, he takes simple to the next level. Keep an eye out for this own, it should be good!

Posted by Shawn Hoelscher at 9:37 AM