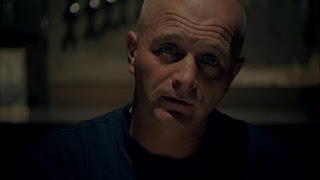 Since the dawn of time there have been stories of ghosts, haunted places and paranormal activity. Some of these stories have claimed to be real as others have been shifted into legend. Many people try to investigate the “real” stories but usually come up with very little from where they started.

“The Amityville Haunting” was a shocking incident which happened to the Lutz family in 1975. The Lutz family bought the house on 112 Ocean Avenue for $80,000. The house had been vacant for thirteen months after the DeFeo murders took place in the house. When the Lutz family took it over, very strange incidents began to occur in the house. The Lutz family was horrified to the point that they abandoned the house sometime later. The story went on to inspire a book and horror film series that has been rebooted and remade many times.

“My Amityville Horror” is a new documentary where Daniel Lutz, the oldest of the three Lutz children, discusses what happened in the house. If you are a horror fan of any kind and planning on getting spooked, scared, or creeped out by this documentary, then I am sorry to say that this not that kind of documentary. This documentary really gets down to the nitty-gritty of what happened from Daniel’s perspective. Daniel and his family has been the subject of much controversy and often ridicule since the 1970’s. Some think what happened in the house really shook the family up. While others think the Lutz’s are frauds and their story fiction.

Whether the story is real or not, you can automatically tell that Daniel Lutz has been affected by the incident. But to be honest, who wouldn’t? The story was all over the news for a long time and it shocked the nation. His descriptions are sometimes hard to deny and you have to give director Eric Walter credit for really etching in the details. He seems to ask very particular questions which really flesh out the descriptions of the people involved with his film.

The use of old TV news spots, old talk shows and old pictures really give the documentary a creative edge. It is fascinating to look at all the information collected to root out what happened in the house. The only disappointing aspect of the documentary is that we really don’t learn anything new. We already know there were thousands of flies the Lutz’s thought they killed, but somehow disappeared. We know about the pig face with wolf-like teeth and red eyes. We know about the levitating beds and doors opening by themselves. There are no new insights or descriptions of any spooky activity.

Whether you believe the guy or not though, Daniel Lutz is completely convicted in his retelling of the Amityville story. He believes every detail and you can tell by the look in his eye that something truly devastated him as a young man. A fascinating aspect of the documentary is that it points to two different directions to where Daniel’s trauma stems from. That I feel is the documentary’s biggest strength. It leaves its audience open-ended to the whether or not the Lutz family really was being attacked by ghosts or if George Lutz (Daniel’s stepfather) psychologically harmed his family.

There are a few revelations about Lutz’s family. We learn that George did not treat his family very well while they live in the Amityville house. We learn that George lied on television about not being involved in the occult. Daniel and many other witnesses make it very clear that he was indeed an occultist and Daniel firmly believes that is what led to his old homes haunting. We see it happen in the horror genre all the time. Characters provoke a spirit and the spirit lashes out. But does that happen in real life?

A telegram at the end of the documentary states that Daniel’s younger siblings declined the chance to be interviewed for the film. It also states that after 5 different families have lived on 112 Ocean Avenue, no other paranormal activity has taken place. Which also begs the question, how valid is Daniel’s story?

Whether you believe in ghosts or not, “My Amityville Horror” offers enough description and discussion to have an interesting debate. Are there things that go bump in the night? If we provoke an old spirit will it attack? Do you believe in ghosts? There is enough clear detail here to have plenty to talk about. The best documentaries do just that, give us all something to talk about. This film focuses more upon Daniel and his trauma and less about the spooky detail of the Lutz family time on Ocean Avenue. This documentary is not meant to scare, but gives us eyebrow-raising insight.

FINAL GRADE: B-
Posted by Shawn Hoelscher at 8:36 PM