I apologize for no updates over the weekend, as I was out of town visiting old friends. I did not mean to be out of commission so long, but today I've got some really exciting news for you.

RED 2 Posters
Back in 2009, a spy-action-comedy called "RED" came in October and blew my mind. It starred Bruce Willis, Helen Mirren, Morgan Freeman, Karl Urban and John Malkovich. It's a really fun movie, and if you have not had a chance to check out, I would recommend that you do so.

In July, RED 2 will be released and a slue of character posters arrived over the weekend, They feature returning actors Willis, Mirren and Malkovich. We also get to see new characters played by Catherine Zeta-Jones, Anthony Hopkins and Byung Hun Lee (Famous for playing Storm Shadow in the "G.I. Joe" franchise.) Check em out! 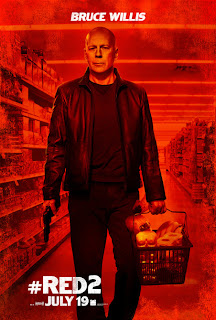 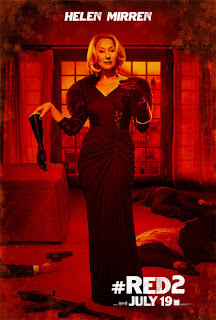 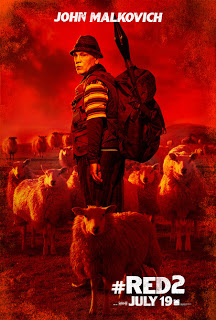 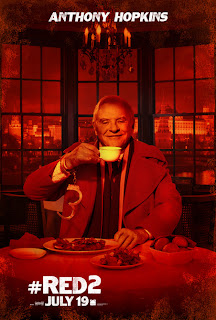 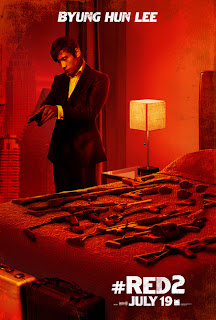 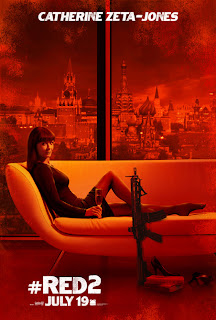 Also returning from the first film are Brian Cox and Mary-Louise Parker. The new cast also includes David Thewlis (famous for playing Remus Lupin in the "Harry Potter" series) and Neal McDonough (played Dum Dum Dugan in "Captain America: The First Avenger). So far, this is a great looking cast and I can't wait to see "RED 2" this summer.

A FEW STORIES FROM MARVEL STUDIOS!

WARNING: THIS POST CONTAINS POTENTIAL SPOILERS. YOU HAVE BEEN WARNED!

There has been quite a bit of fun going on with Marvel the pasted month. All sorts of new images from "Amazing Spiderman 2" appeared online. Brand new TV spots and early reviews for "Iron Man 3" are looking great. And now today, we have some new developments for the future of the studio.

First things first, I don't know how many knew this already but last summer there has been chatter that Marvel will develop a "S.H.I.E.L.D" television show. It looks like the show is for sure going to be happening and Joss Whedon who directed "The Avengers" movie will be developing the show. Whedon got his start on television, creating "Buffy The Vampire Slayer," "Dollhouse" and "Firefly." What is really crazy is what is going to happen in the pilot episode. Below is description of what episode one of "S.H.I.E.L.D" will look like, and it is a doozie. Please be warned though, major spoilers if this rumor is true.

"In the pilot, it is revealed that Nick Fury (Samuel L. Jackson), the ultimate spy, faked Phil Coulson's death on purpose to motivate the Avengers. Some S.H.I.E.L.D agents were in on it. (possibly including Maria Hill.) but the Avengers were not. Coulson was forced to hold his breath as part of the rouse and it becomes a point of contention among his colleagues. After the fact, Fury moved Coulson to a remote location until things died down, and then Coulson was reinserted into duty at the time of the show..."

All I can say is wow, and as a Marvel fan I am not that surprised. Reading the comics, Nick Fury is a guy who is always waving his own flag, so to speak. Fury's personality and motivation for doing what he does always buts heads with the superheroes he works with. Fury is naturally a good character, but he always up to something, which seems to be the case for the Marvel Cinematic Universe too. Could the studio be edging closer to an adaptation of the "Marvel Civil War?" We will wait and see what happens.

Second, Whedon also discussed some ideas on "Avengers 2" and a new duo of superheroes will be featured in the lineup in 2015. The only question is who?

Whedon was at a press conference for "Iron Man 3" when he dropped the big news. A quote of the conference is below:

"When you're dealing with the story, when you've got the characters that you love, when you've got the new characters sliding in next to them - it's very exciting," said Whedon. "Then I don't feel pressure, then I feel like I'm reading my favorite comic. I've got these two characters, two of my favorite characters from the comic book, a brother-sister act, they're in the movie. That's exciting! You lock certain things in, there's a fluidity."
Read more at http://www.hitfix.com/news/joss-whedon-teases-avengers-2-additions-are-they-quicksilver-and-the-scarlet-witch#qqp2rfjOlmPVjvVv.99

The "brother sister act" that Whedon is referring to (I think at least) is Quicksilver and Scarlet Witch. 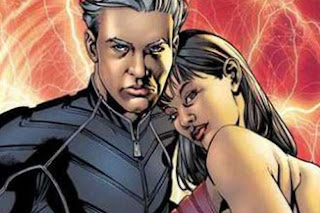 In the comics, Quicksilver and Scarlet Witch were reformed supervillains who joined the Avengers with Hawkeye. They also happen to be Magneto's children. That's right, two ex-members of the Brotherhood of Evil Mutants from "X-Men" became Avengers. This is the Marvel universe and characters get together all the time in the comics. I can't think of another brother-sister team in the Marvel universe that Whedon could possibly be referring to.

So what does this mean? Has Marvel got the "X-Men" rights back from 20th Century Fox? Can we expect to see an Avengers/X-Men film in the future? Is Marvel REALLY prepping for a "Marvel Civil War" film? We will see as this story progresses.

Remember these are rumors and theories, I will definitely be paying attention to these stories and see how they fan out. All I can say is this is the most exciting time to be a fan of superhero movies.

SOURCES:
www.hitfix.com
Posted by Shawn Hoelscher at 9:50 AM